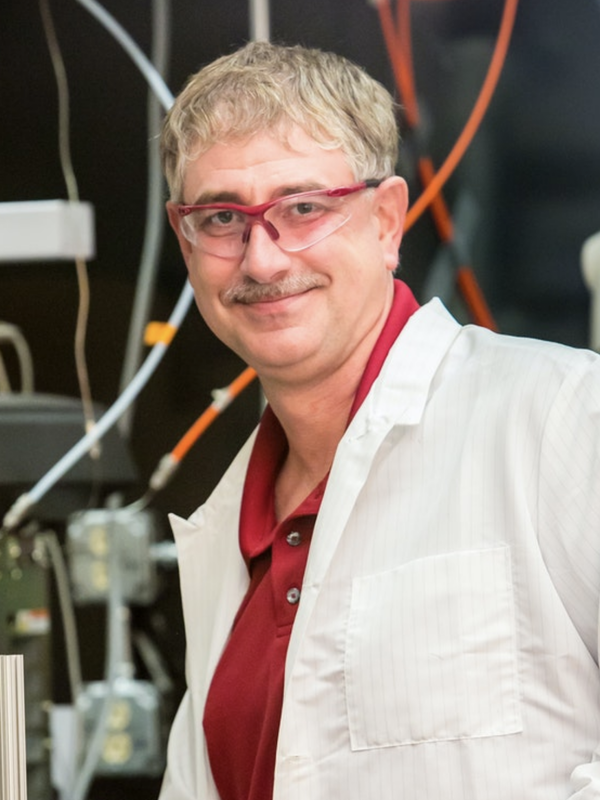 “The SmartState Endowed Chairs are among the brightest minds in the world in our fields. We are in South Carolina to ignite innovation in technology, start companies, partner with industry, and prepare the next generation of leaders and innovators. We are fulfilling our promise!”

Since being named the SmartState Endowed Chair for Strategic Approaches to the Generation of Electricity in 2010, Jochen Lauterbach has taken his role as an economic “fire starter” seriously. The chemical engineer has ten patents and another five pending on his innovations. He has participated in the launch of two companies, one in Columbia, S.C., and the other in Greenville, S.C., with a third pending. He has also mentored over 30 PhD candidates, the pinnacle of scientific learning and sources of innovation. Of these, the majority have landed lucrative positions in industry and two have remained in South Carolina. What fills Lauterbach with satisfaction is partnering with industry in South Carolina and other states on research and development initiatives that enhance a company’s competitiveness in the marketplace. He’s also pleased to support colleague Laura B. Cardinal and SC Innovates. “Laura is a vocal advocate for the SmartState Program and the Endowed Chairs. We are an incredible resource for the state and more people should know about and tap into our intellectual capital and labs.”