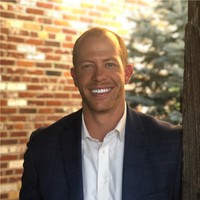 “In the pharmaceutical industry, there is tremendous pressure for product launches to be successful right out of the gate. What I learned in SMTI changed the way I bring pharmaceutical products to market and also my approach to the executive team. Ambitious targets haven’t gone away, but with my new knowledge and confidence, I have been more successful in setting expectations and identifying markets where we can be the most successful.”

Aaron Paschal was three years into a career in the pharmaceutical industry, first in human health and then animal health, when he decided to pursue a Professional MBA (PMBA) at the University of South Carolina’s Darla Moore School of Business (DMSB). He was inspired by The Innovator’s Dilemma, a book he read for another course in the PMBA program. When planning his final semester at DMSB, he came across a class that sounded similar, Strategic Management of Technology and Innovation (SMTI), and enrolled. What made SMTI even more attractive was that it met face-to-face and was discussion driven.

The fact that Paschal lived in Atlanta, a four-hour commute from Columbia, didn’t bother him. Having spent most of his career launching pharmaceutical products, he hoped the class would add to his knowledge and professional toolkit. At the time, Paschal was with a major pharmaceutical company, and he was facing a launch of a very complicated therapeutic product for horses that had been in development for nearly a decade.

Product launches in the pharmaceutical industry are notoriously aggressive. Companies spend years and tens of millions of dollars developing new drugs and treatment protocols they hope will be blockbusters, so they can recoup investments as quickly as possible. For context, a drug is considered a blockbuster when it achieves $1 billion in sales. The biggest of all time is a Pfizer drug called Lipitor, which has made $150.1 billion over its lifetime. The hard reality is few prescription drugs achieve blockbuster status and even moderately successful drugs can take years to hit their sales targets.

“There is an intense amount of pressure to be successful,” Paschal says.

A concept covered in SMTI that Paschal found particularly helpful was the Innovation Adoption Curve that classifies the market entry of customers based on their willingness to accept and purchase new technology. It’s useful in breaking down or segmenting potential customers into five different categories: innovators, early adopters, early majority, late majority, and laggards. Professor Laura B. Cardinal assigned readings and facilitated discussions that brought the concept into focus by using case studies based on real companies.

“The concepts we covered were great. Learning about companies that did things right and others that made mistakes underscored the concepts and taught me reasoning and more realistic forecasting. Since launching products is a huge part of my job, everything was applicable. Prof. C was very good at facilitating our discussions,” Paschal says.

What he learned also gave him a new level of confidence which he drew upon during his last product launch, an innovative technology to treat respiratory issues in horses.

“We were told that 80 percent of horses can suffer from the disease we were trying to treat, and there was no real solution other than trying to modify human-approved products. That got everyone excited. Ten years were spent developing the product and given the size of the potential market, some were sure we had a blockbuster on our hands,” he explains. “As I delved into the market research, technology, and launch strategy, I realized there were potential issues with the target market and forecasting.”

One SMTI discussion centered on the point that people don’t always need or want complicated, expensive solutions and the new equine product was both. The plan was to take it to the mass market—meaning all riders—a strategy Paschal believed would scare people away rather than ignite the big sales numbers the company was shooting for.

“With such a potentially complicated product, I believed a better approach was to focus targeting of the specialty equine veterinarians, who are the influencers for not only their veterinarian peers, but also the ‘equestrian lifestyle’ focused horse owners and riders. If we could get these individuals as early adopters and focus our field team to give them high-level support and service, they could become our thought leaders and bring others on board. This ensured we did not sacrifice long-term success for early wins and gains,” Paschal says.

“Using what I learned in SMTI, I charted out a new plan and presented it to our executive team. They listened, and we adjusted the launch plan. The ambitious targets didn’t go away, but with my new knowledge and confidence, I was more successful changing minds and setting expectations,” he adds.

“Being in an industry that has to balance marketing innovative technologies within strict regulatory guidelines will always be a challenge that is never going to go away,” he says. “The concepts l learned in SMTI really have helped me identify and implement positive change in areas I can control within my organization. For that reason, SMTI was one of the most valuable courses I took while in the PMBA program.”