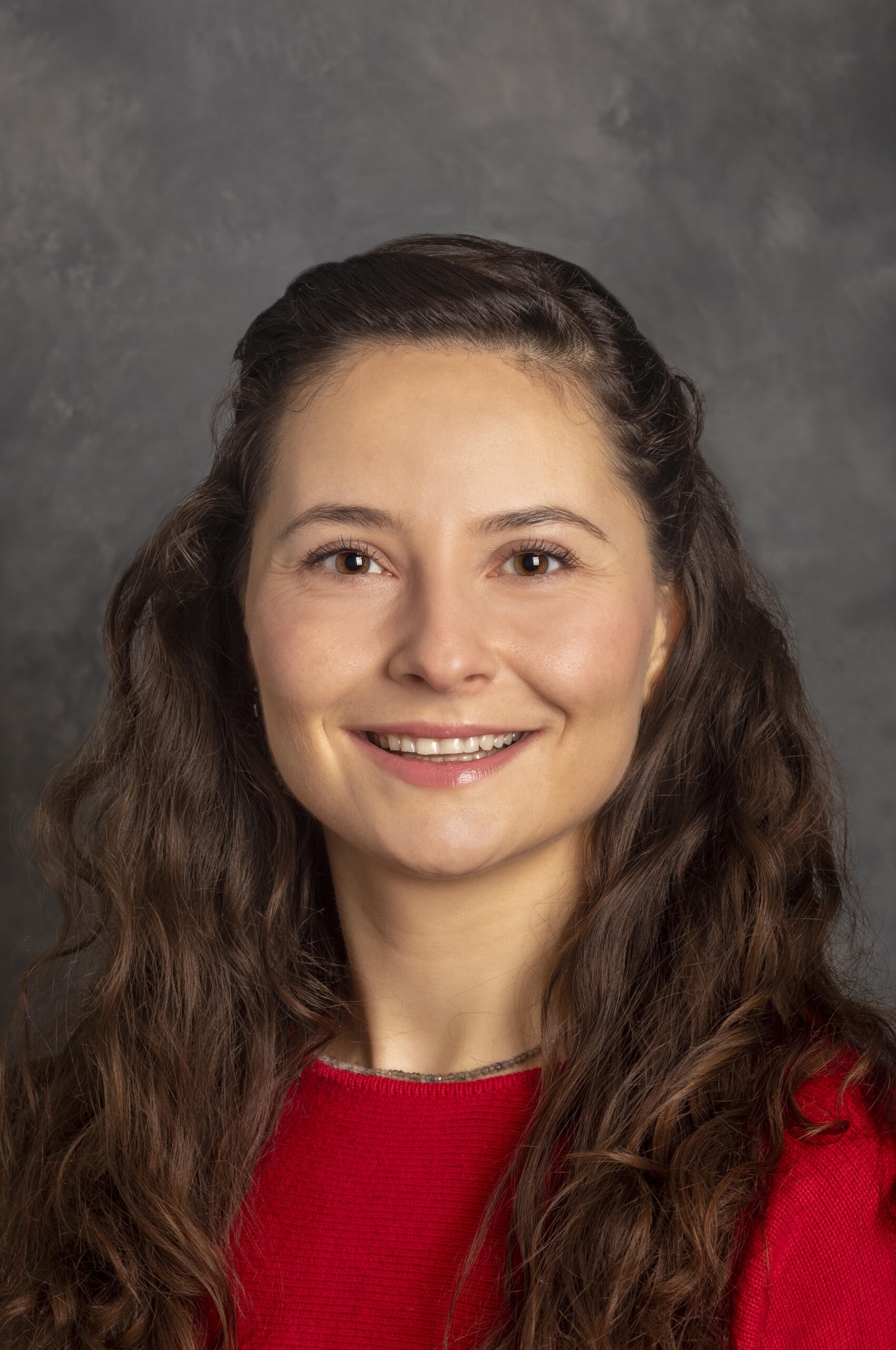 “As a data scientist, it was interesting to be in a class with MBA students. Our mindsets were different. I live in a world of data and businesspeople are more intuitive than scientists. I want to develop this new way of thinking as an addition to my professional toolkit.”

Born in Bosnia and Herzegovina in southeastern Europe, Anja Zgodic immigrated to Canada with her family, eventually moving to the United States. Her mother was an architect, her father an engineer. Both stressed the importance of education to Zgodic and her sibling. But it was not as if she needed encouragement. She knew early on that she would go to school until she couldn’t go any more.

After high school, Zgodic earned a Bachelor of Arts in Global Studies and Spanish from Providence College and then a Master of Science in Biostatistics from Brown University. From there she worked in corporate research, first at Celmatix in New York City and then at Amgen in Boston. But the urge to learn returned and Zgodic chose the University of South Carolina (UofSC) to earn a PhD in Biostatistics.

“I visited a number of programs but was really attracted by the Arnold School of Public Health at UofSC. The faculty were excited about sharing their research, and I could feel a strong sense of community. Also, I liked the flexible structure of the program as it allowed me to pick classes most relevant for my goals,” she says.

While putting together her schedule for her Fall 2020 semester, Dr. Laura B. Cardinal’s class, Strategic Management of Technology and Innovation (SMTI), caught her eye. She had never taken a business class before, so she emailed Dr. Cardinal with a few questions.

“She emailed me back promptly and kindly answered my questions about the structure of the class and whether a science student like myself would benefit. I liked what I heard and enrolled,” Zgodic says.

The fall semester at UofSC was operating under COVID-19 guidelines, which gave students the option of attending classes virtually. Given the structure of SMTI—it’s an eight-week, full-day course held on Saturdays—Zgodic decided it was important to attend the class in-person. There was a small complication: she lives in Winston-Salem, N.C., a 350-mile roundtrip from Columbia, S.C. where UofSC is located.

“SMTI is an interactive discussion-based course where Dr. Cardinal assigns readings and the class discusses their understanding and interpretation of the readings. I felt it was very important to be physically in the room for class to fully participate and benefit from the learning experience,” she explains. “So on the day of the class, I got up very early and drove to Columbia. After class, I’d grab a meal, rest, and drive home. It was more manageable than I thought.”

However, due to a potential exposure to COVID-19, she was forced to attend one class virtually, and it affirmed her decision that in-person SMTI provided a more meaningful experience than SMTI over Zoom. “When you’re online, it can be hard to jump into the conversation seamlessly. But classmates were kind and attentive to students online and everyone was able to fully participate.”

What made a deep impression on Zgodic during SMTI was the vast difference in perspectives and mindsets of scientists and businesspeople. “I live in a world of data and I quantify everything. Businesspeople are much more intuitive, relying on instincts and feelings. This came out strongly in the cases we studied. I thought a company’s outcomes would turn out one way and the business students interpreted business circumstances from an entirely different viewpoint.”

Continues Zgodic, “Even after thinking through the specific data in a case, I realized gut feelings, luck, and opportunity are definitely involved in successful innovation and commercialization. These aspects are hard to quantify. I want to develop this new way of thinking as an addition to my professional toolkit.”

What she appreciated most about taking SMTI was the knowledge she gained, which she believes will be very useful in her future career endeavors. She sees herself in business, starting a company herself or being part of a startup, and welcomes the idea of a fast-paced environment. “If I enter a career in innovation, I need a more versatile type of knowledge and communications skills. I believe because of SMTI, I am better equipped to communicate to potential employers as I now better understand the business perspective.”

“I would definitely recommend SMTI to scientists from any background. Not only it is relevant for the business world, but innovative thinking and strategic planning make for better science all around,” she adds.